People living near air pollution areas, regularly breathing in PM 2.5 fine dust, will have many potential diseases. Children are stunted, lose height, the elderly often have difficulty breathing, asthma, young people decrease their resistance, gradually develop serious diseases … So what is PM 2.5 fine dust? How dangerous is PM 2.5 dust? How to prevent fine dust? …. All will be in the article below.

Dust is a combination of solid or liquid substances floating in the air, collectively called Particulate Matter – symbol PM.

b) How to classify fine dust by size:

Components of dust include: Sulfate, nitrate, ammonia, sodium chloride, carbon black, mineral dust and water. The compounds in dust are collectively referred to as Particulate Matter, denoted PM. In which, the most known viral particles (<10 μm) are as follows:

* μm is the abbreviation for micrometer, the size is one millionth of a meter

Besides the toxic gases released in the air such as SO2, NO2, CO…. Fine dust is also one of the leading pollutants today. Especially in recent years, the PM2.5 fine dust situation in big cities of Vietnam has exceeded the safety threshold many times.

There are 2 main sources of PM2.5 fine dust, which are primary and secondary:

Directly arising from the environment and from human activities include:

+ Carbon dioxide (CO2): This is a dangerous substance, is the main cause leading to the greenhouse effect, climate change, warming the earth.

+ Sulful Dioxide (SO2): Is a substance formed in the process of production, industry and oil exploitation. They pollute the air, affect the health of humans and animals and plants, create acid rain. If more sulful dioxide is inhaled, the body will have increased breathing, difficulty breathing, in some people it will lead to death.

+ Nitrogen oxide: This is the main cause of air pollution, in some cases also causes poisoning. If you regularly inhale NO2, you can develop lung disease, asthma, chronic obstructive pulmonary disease, lung cancer …

+ Carbon Monoxide (CO): CO is a colorless, odorless gas that is mainly discharged from vehicles. They reduce oxygen in the blood, damaging the nervous system. Poisoning from CO can cause headaches, nausea, even loss of consciousness and, most importantly, death.

+ Volatile organic compounds (VOCs): This substance is produced in the burning process of fuels, cigarettes. In addition, VOCs can also be formed in paints, glues, odorants, additives, detergents, industrial wooden furniture … This substance often causes indoor air pollution, directly affecting the Nervous system, which causes lung disease, asthma and is also one of the causes of cancer.

+ Fine dust (PM): is a type of dust suspended in the air, smaller than 10 micrometres (PM10) and particles smaller than 3 micrometres (PM2.5) that cannot be seen with the naked eye. They penetrate into the human body, especially the lungs and heart causing chronic obstructive pulmonary disease, heart failure and stroke.

+ Lead, mercury and their compounds

+ Chlorofluoro Carbons (CFCs): This substance is usually emitted from air conditioners, refrigerators … This substance, when released into the air, will impact with some other toxins that puncture the ozone layer. Ultraviolet rays will pass through the hole in the ozone layer to the surface of the Earth. This is the cause of skin cancer, eye diseases in humans and animals and destroyed crops.

+ Ammonia (NH3): is a substance arising in the process of cultivation and agricultural production. They are corrosive, toxic and can harm people and objects.

When primary sources of dust are suspended in the air, they chemically react with nature to create a new substance, which is called a secondary source.

+ Smoke: A word describing a pollutant that looks like a combination of smoke or mist. This situation is very common in Hanoi and Ho Chi Minh City and comes mainly from vehicle and industrial emissions.

+ Surface ozone (O3) is formed from the combination of NOx and VOCs, is part of the smoke.

3. How do I know if the air is polluted?

There are many ways to help you see how polluted the air is in your area.

Air pollutants can be odorless or odorless. When there is a bad odor, it is certain that the area is in a heavy pollution level. The presence of gasoline smells, stinking odors, stench, stink smells, smells… make your nose difficult to breathe, you should stay away from that area. Even if the fragrance appears, it does not mean the air is being fresh. Because of the odor of un-genuine perfumes, improper fabric softeners are also a sign of air pollution.

Blurred vision, thin eyes, thin film, watery eyes … when there is no eye disease is a sign of air pollution.

In addition, dim outdoor air, lack of visibility into blue skies, white clouds or observing dust on objects is also a way to help you determine the level of air pollution. Fresh air will not have the window bar just wiped dust in time.

The consequences of air pollution affect many different subjects. The degree depends on the density of exposure as well as the physicality of each person. The bodies of people who are physically poor are often more sensitive to air pollution. In that gas, in healthy people, when enough toxins accumulate, they show bad performance after a while.

Therefore, you can completely determine the level of air pollution based on your body’s response. Symptoms such as difficulty breathing, dry cough in the elderly, and childhood sickness are signs to determine air pollution.

To see how air quality is at, you can rely on the AQI air quality index. This index is measured regularly, continuously by the hour, by day at major observatories located all over the world. The results of this indicator will be updated continuously through websites or applications like AirVisual….

Example: PM2.5 is a measurement used to measure the average concentration of ultrafine dust PM2.5 contained in 1 cubic meter of air over a 24-hour period, measuring unit is μg / m3. This is one of the important indicators to determine the state of air pollution. There is also an AQI air quality index. The higher the PM2.5 or AQI index, the more dangerous the air pollution, the more impact to human health.

To better understand the specific health effects of fine dust and the necessary precautions, follow the information on PM2.5 concentration corresponding to the harmful level in the table below:

Air pollution has become a global hotspot and is of interest to many people. Therefore, television and radio stations across the country also regularly update information on air pollution in particular and environmental pollution in general. Therefore, regular monitoring on newspapers and television will help you know which areas are polluted, how heavy and light it is.

4. How does fine dust penetrate into human body? Why is fine dust dangerous?

Every second, the body is subject to the attack of millions of airborne dust particles … and they enter the body through many ways. Because it is suspended in the air, it can cling to surfaces it comes in contact with, more dangerous when people inhale them.

Normally, a particle of matter such as coarse dust, big dust is difficult to penetrate deep into the human lung. The air flow to the alveoli is usually a clear one. The reason is that our respiratory system has structure and mechanisms to prevent and remove dirt. These are the hairy and mucus systems in the nose, the humidifying system and vibrating hairs in the bronchioles and bronchi. When dust strikes, the human body responds by sneezing and pushing them out.

But because fine dust and ultrafine dust are different, their size is very small in micrometres (One micrometer is equal to 1 part 1 million of a meter, denoted μm), they are capable of creeping into the waste. follicles in the lungs to avoid the upper mechanical shields. Fine dust penetrates deeply into the body without elimination mechanism, gradually accumulates in the blood, important organs of the body. And when the number is sufficient, alveolar macrophages are not enough to destroy them, these fine dust particles will initially cause disease in the lungs. Then penetrates into the bloodstream and causes cardiovascular, neurological, metabolic diseases …

The following image will depict how fine dust enters the human body:

PM2.5 fine dust can cause many diseases on the human body

+ Respiratory diseases: The purpose of the respiratory process is to bring oxygen into the lungs. In the lungs, oxygen will contact directly in the blood. There is hemoglobin in the blood, which combines with oxygen and carries oxygen to the cells. Fine dust, CO, SO2, NO2 gas will prevent hemoglobin from combining oxygen, causing oxygen-deprived cells, causing discomfort in eyes, nose, throat, lungs…. specific signs such as sore throat, sneezing, flu, difficulty breathing … In addition, toxins and fine dust entering the body will cause chronic obstructive pulmonary disease (COPD).

+ Myocardial infarction: In addition to respiratory diseases, fine dust directly attacks the alveoli and then crosses the air barrier into the circulatory system, where fine dust can affect the nervous system. In addition, fine dust can also cause the place where the normal blood vessel is not serious to break, creating a blockage and causing a heart attack.

+ As can be seen, PM2.5 ultrafine dust is also known as “the silent killer” because they increase the risk of cirrhosis, wear metabolic diseases, liver dysfunction. In addition, fine dust also attacks the alveoli, crosses the air-blood septum to enter the circulatory system, causes disease and affects the nervous system.

6. How to prevent the dangerous harmful effects of fine dust to human health?

To prevent dangerous harm from fine dust to human health, you need:

+ Make a plan to develop a nutritious diet, prioritize green vegetables, fruits, foods rich in vitamin A, vitamin C, beta – carotene to form and maintain the mucosa in the respiratory tract and digestive tract, improve resistance to cell damage.

+ Plant many trees around the house and indoors, especially the ones that filter the air …

+ Limit the use of charcoal, burn quickly, cook with honeycomb charcoal …

+ Use an air purifier. Currently, there are several brands of air purifiers with the function of filtering PM2.5 dust particles. This is the ideal choice to help your living space be cleaner and safer.

+ Use special masks that meet N95 standards before going to the street: Common masks such as medical masks, cloth masks cannot filter out fine dust, PM2.5 ultrafine dust particles .. You need Use masks with 4 or more filters, be it a crude filter layer, antibacterial layer, activated carbon layer … and have a suitable design to ensure the mask’s tightness.

To filter these super fine dust we need to wear a special mask that meets N95 standards or equivalent to N95 such as:

Currently, there are lines of masks used to combat environmental pollution in general and fine dust in particular, Mona 6-layer masks.

Until now, fine dust has become a modern man’s obsession. It directly influences human health with constant frequency. Understanding the harmful effects of fine dust will definitely help you to take measures to intervene in time to protect the health of yourself and those around you. 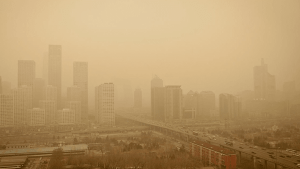 Each mask is designed according to a certain standard, used in environments with different concentrations of smoke, dust and bacteria. […] 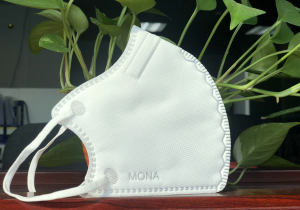 ALL IT QUESTIONS about N95 masks you should know

The N95 mask is one of the most purchased items of the Covid-19 pandemic. You can find a variety of […]